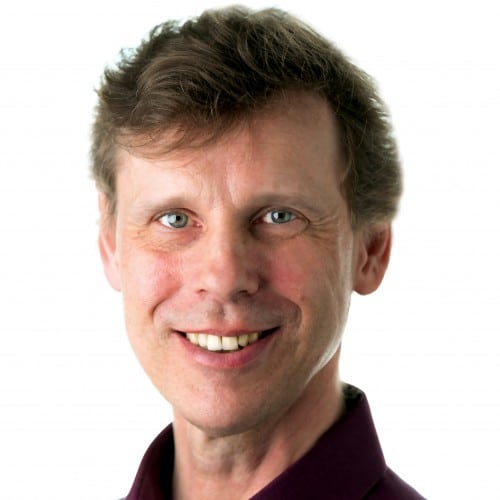 In January 2019 Bengt Jörgen was appointed a Member (C.M.) of the Order of Canada by Her Excellency the Right Honourable Julie Payette, Governor General of Canada, for his commitment to promoting ballet in Canada as a choreographer and artistic director.

Bengt Jörgen is a co-founder of Canada’s Ballet Jörgen and serves as its Artistic Director and CEO. In 1992, his artistic vision led to the formation of a partnership with George Brown College in Toronto where he is the Artistic Director of the full-time dance program.

He is an acclaimed choreographer who has created more than 30 full-length ballets for numerous ballet and opera companies including the National Ballet of Canada, The Royal Winnipeg Ballet, the American Ballet Studio Company, and the Hong Kong Ballet. His re- creation of major classical works such as The Nutcracker: A Canadian Tradition, Romeo and Juliet, Swan Lake and Sleeping Beauty are celebrated for re-energizing and bringing dramatic clarity to traditional ballet.

Bengt Jörgen is a winner of the prestigious Clifford E. Lee Choreography Award presented by the Banff Centre to recognize new works by Canadian choreographers. He is also the recipient of the Queen Elizabeth II Diamond Jubilee Medal for his significant contribution to Canada by bringing professional dance to communities across the country.

Born in Stockholm, Sweden, Bengt Jörgen is a graduate of the Royal Swedish Ballet School, one of the oldest classical dance training schools in the world. He furthered his studies at the National Ballet School of Canada and went on to join the National Ballet of Canada. A major influence on his training that continues to shape his approach to classical ballet today was New York teacher Maggie Black, with whom he studied for extended periods in the 1980s. An accomplished teacher in his own right, Bengt Jörgen is focused on helping develop the next generation of Canadian dancers with the technical discipline and quality of movement of classical ballet along with the enhanced artistic sensibilities demanded of contemporary audiences.

As Artistic Director of George Brown Dance, he has championed bringing together highly specialized professional training for different dance forms within a singular student body. This allows for a more diverse student body while providing emerging artists with broader experiences and a connection to dance values beyond their own field of specialization.

Bengt Jörgen’s commitment to creating relevant and innovative work, together with his demonstrated choreographic and artistic vision, has garnered national and international acclaim. Under his directorship Canada’s Ballet Jörgen has grown into one of the country’s largest dance institutions, delivering a record amount of programming across Canada.

Bengt Jörgen strongly believes in classical ballet as a powerful language and foundation to engage contemporary audiences with dance. He is committed to ensuring ballet is relevant to and has a place in the life of Canadians living in communities from coast to coast. 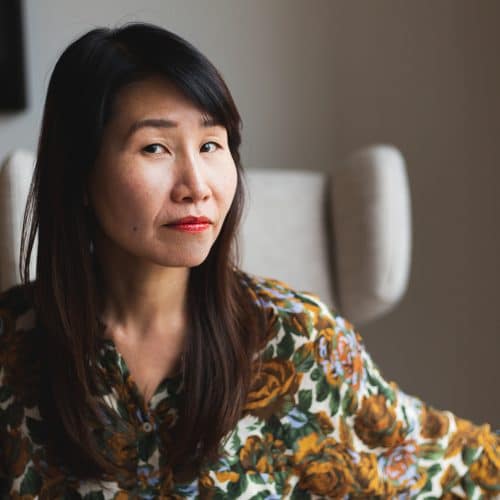 Hanna has won the following awards:

Hiroto began dancing at the Sadamatsu Hamada Ballet School in Kobe, Japan at age 7 and went on to study at the English National Ballet School in London, UK. Upon graduation, Hiroto joined the Hong Kong Ballet under the direction of Stephen Jefferies, and throughout his career he has worked with internationally recognized figures such as Wayne Eagling, Alexander Grant, and Suzanne Farrell.

Hiroto’s repertoire with CBJ includes many principal roles, including the Romeo and Mercutio in Romeo & Juliet, Nathaniel and Dr. Coppélius in Coppélia, Dimitry in Anastasia, the Prince and Suitor in Cinderella, Carabosse in Sleeping Beauty and Lord Birch in The Nutcracker, A Canadian Tradition. During CBJ’s 25th anniversary season, Hiroto was involved in creating many roles in the company’s new production of Swan Lake, in which he performed the principal roles of Siegfried and Von Rothbart.

In 2017, Hiroto transitioned into the role of Ballet Master at CBJ, taking on a more creative role with the company as well as performing on stage.

In addition to his role as a leading dancer, Hiroto also teaches and coaches dance students around the world.

Stephen joined Canada’s Ballet Jörgen in July 2017. Prior to joining CBJ, Stephen spent three years as Chief of Staff at The National Ballet of Canada. An Atlanta native, Stephen started his career as a dancer with Atlanta Ballet where he worked in a variety of positions from 1999 to 2010. With Atlanta Ballet, his roles included Group Sales Manager, Director of Ticketing and Patron Services, and Corporate Sponsorship Manager. Stephen has a Bachelor of Business Administration from the J. Mack Robinson College of Business at Georgia State University. 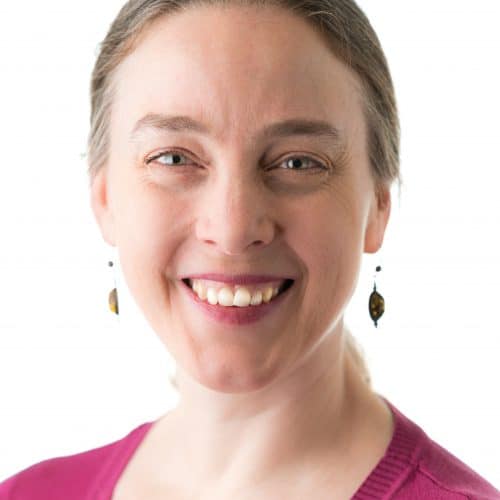 Clea joined Canada’s Ballet Jörgen in 1991, first as an Apprentice Dancer and then becoming a company member. Her work as a dancer with the company has included the creation of 65 original dance works and she has appeared in over 1,400 performances in 190 Canadian communities. Upon her retirement from full-time dancing in 2010 Clea took up the position as Education Manager. Clea continues to dance character roles in various productions.

Clea began her dance training at Mrs. Daniels School of Dance in Toronto at age 4. She continued her studies at the National Ballet School of Canada and the Lois Smith School of Dance. She graduated from the School of Dance at George Brown College (now George Brown Dance) in 1991. Some of Clea’s original and formative performances include If I Should Die Before I Wake by Jean Grand-Maître, Laisse-Moi by Louis-Martin Charest, and Sour Soup by Yuri Ng. She has created major roles in a number of the company’s full-length ballets created by Artistic Director Bengt Jörgen including the role of Lady Capulet in Romeo and Juliet and the Tall Stepsister in Cinderella. Clea’s favourite role remains the funny and technically demanding interpretation of Stepsister in Cinderella. Clea has been involved in the administrative development of Canada’s Ballet Jörgen’s education and production activities since 1995 and remains an important part of the creative team for the development of new ballets. Having enjoyed the enriching qualities of dance for so many years, Clea hopes to bring the joys of this art form to the broader community through her ongoing work with Canada’s Ballet Jörgen.

Cindy Smith has worked at Canada’s Ballet Jörgen since 2001 when she joined the company as Technical Director and Stage Manager. She currently holds the position of Production Manager for the company. Cindy has extensive experience having worked as Stage Manager, Technical Director and/or Production Manager for a number of organizations such as The Neptune Theatre in Halifax, The Centaur Theatre in Montreal, Stage West in Regina, Mississauga and Windsor and the Ryerson Theatre and Ryerson Theatre School in Toronto.

Cindy lives in Wasaga Beach, Ontario and enjoys the company of her cats Squeaky, Lucky and Lady. Lawn bowling in the summer and Euchre in the winter are her favourite past times. 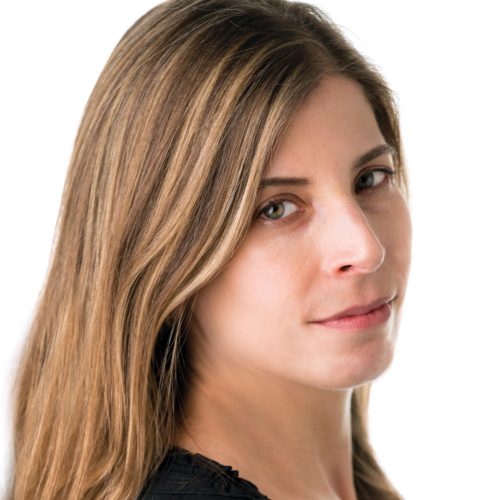 Cameron joined Canada’s Ballet Jörgen in 2003 as Director of Touring.  With his help the company has grown to deliver more programming in more communities than any other dance company in Canada. Cameron W. Smillie is the winner of the 2015 BC Touring Council’s Agent/Manager of the Year award for his outstanding work.

In addition to his work for Canada’s Ballet Jörgen, Cameron wears many hats with over 25 years experience in both the corporate and performing arts world. In 1993 he co-founded the company Live at the Hippo Pool Events Inc. with his partner Carolynn for the purposes of presenting performing arts across southwestern Ontario.  Hippo Pool Events has the distinction of having presented more Canada’s Ballet Jörgen engagements than any other presenter in Canada. In addition, Live at the Hippo Pool Events provides consulting services across Canada to a range of clients including the Sanderson Centre for the Performing Arts, Elora Community Theatre, Brampton Arts Council, Canada’s Royal Winnipeg Ballet, Alberta Ballet, Menaka Thakkar Dance Company and Ballet Kelowna.  Cameron has held corporate marketing positions with companies as varied as the Eastern Ontario Travel Association, Cadillac Fairview and Ascolectric limited. Cameron holds a B.A.Sc. in Consumer Studies from the University of Guelph. His volunteer roles have included 5 years on the Board of CCI (now Ontario Presents) and 25 years on the Management Board of the Sanderson Centre in Brantford, Ontario. 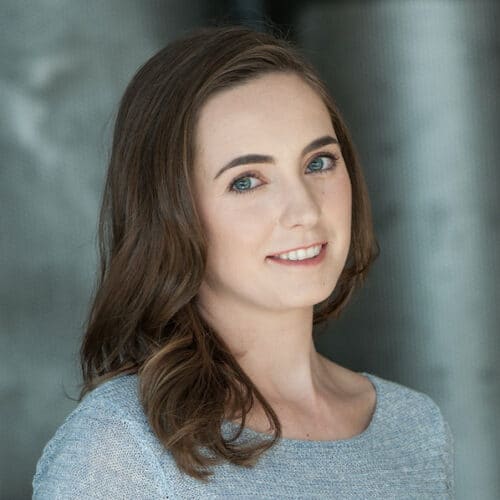